A Message from Richard Haerther

For nearly ten years, I have had the privilege of working as the Artistic Director for the Carrollwood Cultural Center. During that time, changes to the programming increased attendance, revenue and resulted in profit margins. As of December 18, I have stepped down as Artistic Director to relocate and pursue other opportunities. Working here has been a highlight of my career that started when I was 11 doing lights for my older brother’s garage band at school and church dances. What made the position here pleasurable was, from day one, Executive Director Paul Berg, made it clear that I did not work for him, but we worked together as a staff.

For the first several months I was here, I’d get a phone call, and later one of the volunteers answering the phone asked me, “Was that really so-and-so calling you?”

There have been many highlights that stand out during my tenure here, including:

The list goes on. I would like to especially thank the efforts of Jim Burge, Mary Jo Hahn, Joshua Hobbs, and Reed Stricsek.

Overall it has been a wonderful experience working with the staff, volunteers, and board to help the Center move forward in its mission to “….create culture through community and create community through culture.” We accomplished a lot! And I am overjoyed, quite happy, and proud to say that Aaron Washington has been named interim Artistic Director. Hopefully, it will become a permanent position for him to move the Center programming to the next level.

So this Yankee, raised in Detroit, Rochester and Boston, is moving back to Baton Rouge to be closer to the majority of his family, where he will continue to wreak havoc by teaching his nieces and nephews how to tape open the rinse hose on the kitchen sink, or use a rope to tie their brother or sister’s bedroom door shut from the outside….

So it is with sadness I leave but with joy for being closer to most of my family and especially my girlfriend, Janet.

P.S. Pray for Janet and consider nominating her for sainthood for putting up with me. 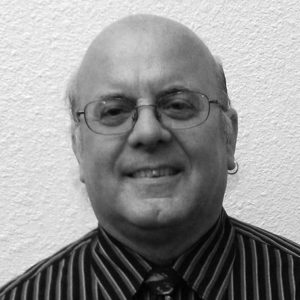 A Message from Ruth Levy