Susan Louise Anderson picked up her first digital camera in late 2012, just as she was ending a 25-year career as a public school English teacher. Although Anderson is primarily a street photographer, her Tableaux series is an offshoot of more traditional street photography. Anderson has shown her work in multiple shows at both the HCC galleries and the Florida Museum of Photographic Arts. In July of 2017 she had her first one-woman show at the Kotler Gallery in downtown Tampa.
ARTIST’S STATEMENT
Tableaux is a series of photographs showing people in various urban or extra-urban settings. Each setting is brightly colored and graphically dynamic. A tableau is a “group of models or motionless people representing a scene from a story.” While I have expanded the concept of what a tableau is for this series, each tableau depicts a simple narrative.

As a street photographer I have focused primarily on street portraits. In Tableaux I show people against a larger environment. In some cases they are almost overwhelmed by the setting, dwarfed by color and form. In other cases they are part of a very real scenario. My series seeks to show man confronting his environment and emerging as the victor.

Tableaux was shot over a period of three years all over the Tampa Bay area. In each photograph I identified the background before I captured the people in it. In a few photographs the characters in the tableaux are composites, while other photographs show no people at all — only a setting waiting for a character to enter.

I am indebted to the work of Canadian street photographer Fred Herzog for this series, as well as the urban paintings of Edward Hopper. 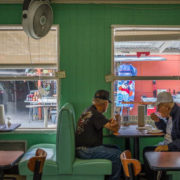 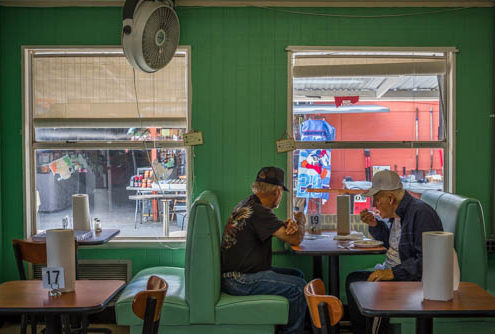 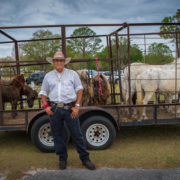 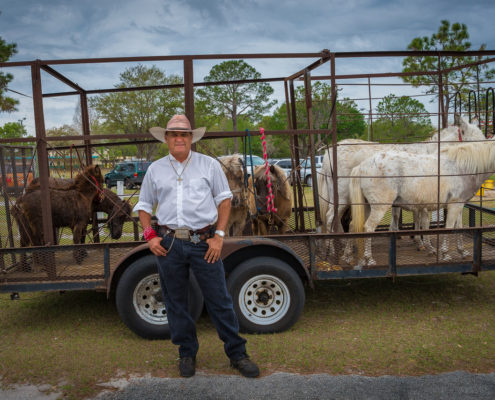 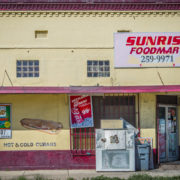 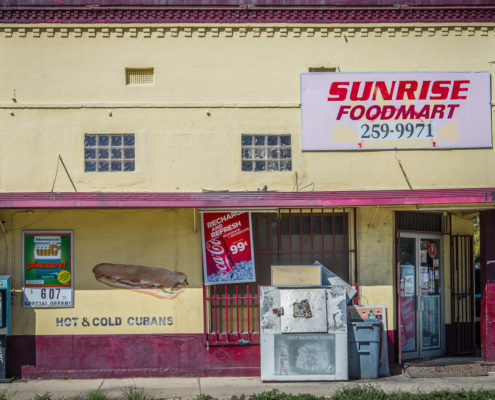 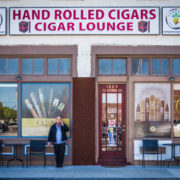 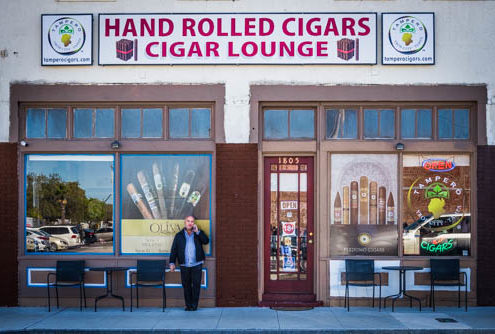 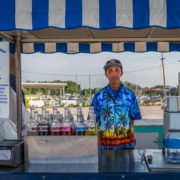 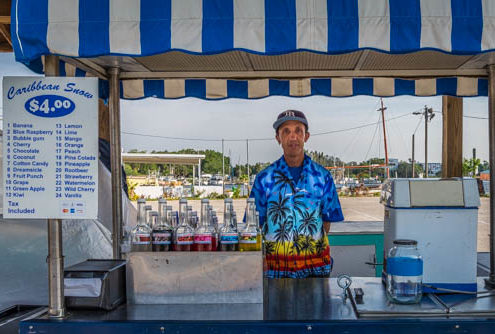 “Strange & Abnormal Figures” presented by The Gallery
Scroll to top