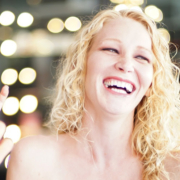 January 28 will be Ariella’s debut concert at the Carrollwood Cultural Center.