Carrollwood Cultural Center to (finally) set sail on the TITANIC

The sinking of the RMS Titanic remains the quintessential disaster of the twentieth century. More than 1,500 men, women, and children perished in the freezing Atlantic waters when the ship sank. TITANIC tells the factual story of the ship, her officers, crew, and passengers as the Titanic’s glamorous headlines turned to a heartbreak during her final moments.

Although the road for getting TITANIC from script to stage is not nearly as dramatic as the ship’s maiden voyage in April 1912, it was not always smooth sailing. Originally scheduled for late March 2020, the production was held two weeks before opening night due to COVID-19 and the resulting public shutdown.

The Center explored several options for the show; however, the pandemic created unique problems never before experienced in live theatre. First, the Center postponed the show for two weeks, then four months as COVID-19 ranged on through 2020. Then, organizers thought to stream the show. Still, the logistics of getting a cast of 40 plus individuals to socially distance during the filming would have harmed the show’s integrity. The Center also discussed presenting TITANIC in concert; however, the logistics still seemed impossible. After postponing it five times, the Center put TITANIC on hold indefinitely.

At the helm was Carrollwood Cultural Center Executive Director Paul Berg. Berg was not only trying to steer the non-profit organization through a pandemic – he was also the show director for TITANIC.

“It’s amazing to think it took thousands of people to construct the RMS Titanic in about three years,” he reflects, “And we’ve been working on our show for nearly four.”

Berg has always been interested in the history of the RMS Titanic. However, since the Center purchased the performances rights to the show several years ago, Berg has collected books, models, pictures, and maps of the ship. He has also watched documentaries and visited museums in preparation for the show.

“We always intended to see this show through,” he said. “We left parts of the original set up on our stage for two years, almost as a way of guaranteeing we would eventually come back to it.”

The Center has produced several shows and concerts in the two years since the original show dates, all cleverly incorporating parts of the TITANIC set. Shows such as a radio version of It’s a Wonderful Life, Meshuggah-NUNS!, Seussical, and even a performance of the Mini Nutcracker with the Tampa City Ballet.

In the months since the pandemic shutdown in spring 2020, the Center has steadily continued to program more and more live events. As a result, Berg said he was cautiously optimistic about revisiting TITANIC in late 2021. Aside from the uncertainty of the Omicron variant, Berg’s main concern was bringing back the show’s original cast.

“A lot changed in two years,” he said, “both for the Center and those involved with the original production. The pandemic changed things for a lot of people. People moved away either for family or work. I wasn’t sure who would still be available, let alone interested, in picking this show up where we left off two years ago.”

To Berg’s surprise, cast members were anxious to board the TITANIC, with the three lead actors being among the first to sign on.

“Randy Magruder, Curtis Williams, and Craig Ruska agreeing to return as Captain E.J. Smith, Thomas Andrews, and J. Bruce Ismay was huge,” reflects Berg. “I knew we were off to an excellent start.”

While Berg had many returning cast members, he did have to recast quite a few characters, which brought great new energy to the production. In addition, he was able to count on talent from behind-the-scenes too.

Mary Jo Hahn and Michelle Kadonsky-Grant have been working with the cast for months on the music. In addition, stage manager Tyler Temple has kept everything moving smoothly. Hahn, Kadonsky-Grant, Temple, and the cast have allowed Berg to take what was started in 2020 and build on it.

“We had a nearly completed show and two extra years to think about it,” he said. “The current cast has given me the flexibility to try some new things. As a result, we erased all of our old notes and were able to bring new life to TITANIC, making it a completely different show than it was before.”

Other areas of the Center’s programming is also embracing TITANIC. The featured exhibition at the Gallery at Carrollwood Cultural Center is titled Shipwreck and features paintings, photographs, and mixed media pieces of underwater and nautical subjects. The Center will also host a free movie screening of The Unsinkable Molly Brown on March 12 at 7 p.m. and a Talk-Back with the TITANIC cast and crew after the show on March 27.

Tickets to TITANIC are $29 for Center members and $33 for non-members. AARP-Florida is also sponsoring streaming for the show. Online access to stream the show is $24. To purchase tickets or learn more about the Center’s COVID-19 guidelines, visit carrollwoodcenter.org or call (813) 922-8167. 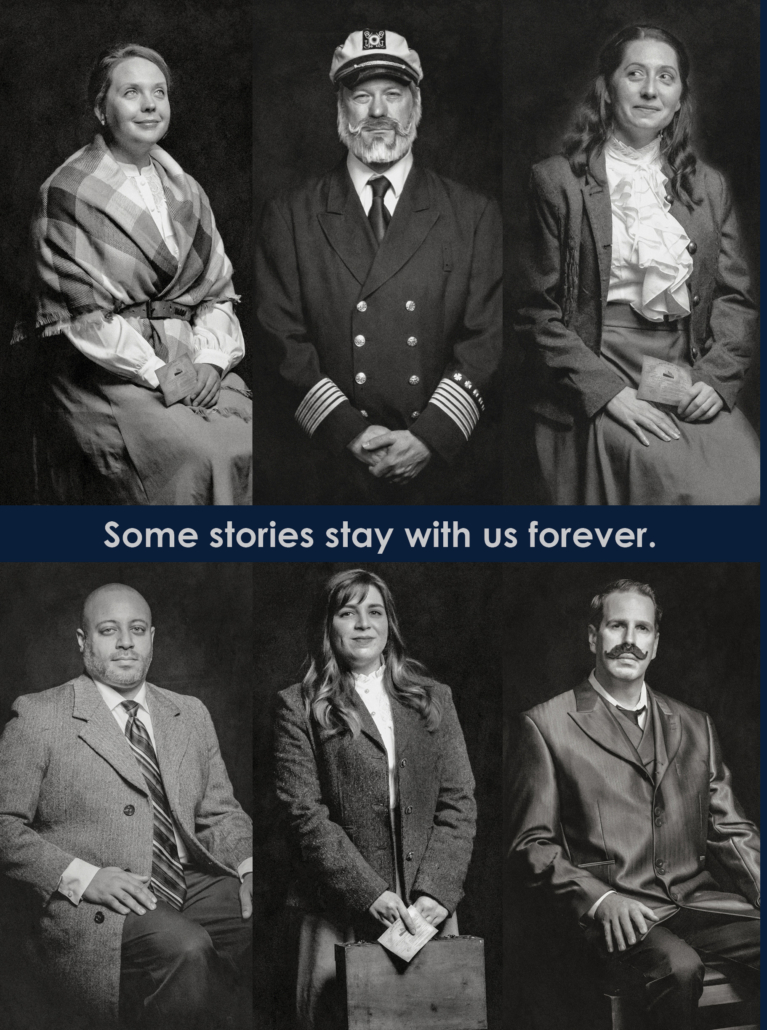 BWW Review: TITANIC THE MUSICAL Gets its Maiden Voyage at Carrollwood Cultural...
Scroll to top