The Carrollwood Cultural Center announced its 2022-23 Theatrical Season entitled A Season of Classics. The season includes a holiday show, a drama, a musical fable, and a musical comedy.

The 2022-23 season will open with Miracle on 34th Street: A Live Musical Radio Play on December 2-11. When a department store Santa claims he’s the real Kris Kringle, his case gets taken to the Supreme Court, and a little girl’s belief makes the difference. With live Foley effects and a score of holiday carols, Miracle on 34th Street is a beloved musical that will melt even the most cynical of hearts. Miracle on 34th Street is adapted from the 1947 Lux Radio Broadcast by Lance Arthur Smith with original songs and arrangements by Jon Lorenz. It will be presented through a special arrangement with Stage Rights.

Next, the Center will present the classic drama, The Glass Menagerie by Tennessee Williams. Amanda Wingfield is a faded remnant of a Southern gentility who now lives in a dingy St. Louis apartment with her son, Tom, and her daughter, Laura. Laura has a physical handicap and debilitating shyness. The father has left home, so Tom supports his mother and sister with a shoe-factory job he finds unbearable. When Amanda convinces Tom to bring home a “gentleman caller” for Laura, the illusions that Tom, Amanda, and Laura have each created to make life bearable collapse about them. The Glass Menagerie will be presented on February 17-26 by special arrangement with Dramatists Play Service.

On April 28-May 7, the Center will present the classic musical fable, Gypsy. Regarded by many as the finest musical ever created, Gypsy is the ultimate tale of an ambitious stage mother fighting for her daughters’ success while secretly yearning for her own. Gypsy is set across America in the 1920s and 30s when vaudeville was dying, and burlesque was born. Arther Laurents’ landmark show explores the world of two-bit show business with brass, humor, heart, and sophistication. With music by Jule Stone, lyrics by Stephen Sondheim, and suggested by the memoirs of Gypsy Rose Lee, Gypsy is being presented through a special arrangement with Concord Theatricals on behalf of Tams-Witmark.

The final production in A Season of Classics is the musical comedy Monty Python’s Spamalot, coming to the Center July 21-30. With book and lyrics by Eric Idle and music by John DuPrez and Idle, Spamalot is inspired by the classic film comedy Monty Python and the Holy Grail. Spamalot retells the legend of King Arthur and his knights of the Round Table, featuring a bevy of beautiful show girls, not to mention a cow, killer rabbits, and French people. The 2005 Broadway production won three Tony Awards, including Best Musical, followed by two successful West End runs. Presented in partnership with Theatrical Rights Worldwide, this  outrageous and gloriously entertaining story of King Arthur and the Lady of the Lake will have audiences “always look on the bright side of life.”

The Carrollwood Cultural Center is a non-profit 501(c)3 organization with a mission of creating culture through community and community through culture. 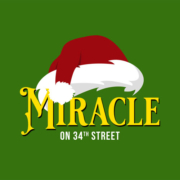 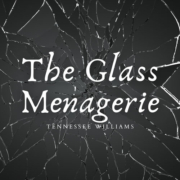 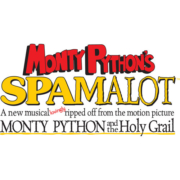 Audio Description for Theatrical Performances is Now Available starting with...
Scroll to top