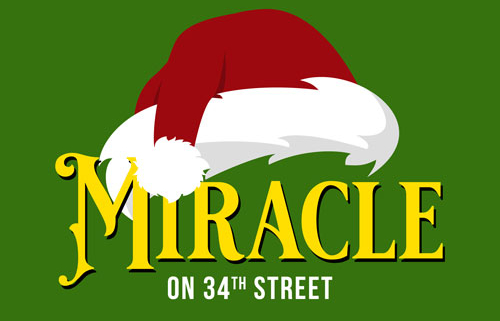 Adapted from the 1947 Lux Radio Broadcast by Lance Arthur Smith

When a department store Santa claims he’s the real Kris Kringle, his case gets taken all the way to the Supreme Court, and a little girl’s belief makes the difference. With live Foley effects and a score of holiday carols, Miracle on 34th Street is a beloved musical that will melt even the most cynical of hearts.

Miracle on 34th Street: A Live Musical Play is presented through special arrangement with Stage Rights.