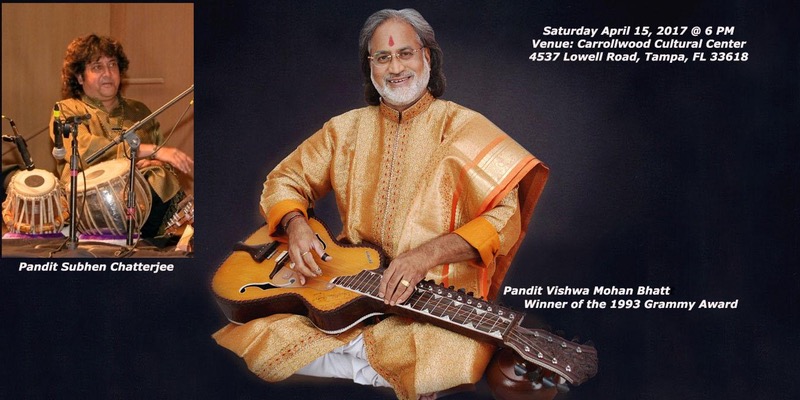 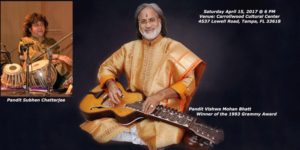 Vishwa Mohan has mesmerized the world with his pristine pure, delicate yet fiery music. Being the foremost disciple of the legendary Pandit Ravi Shankar, Vishwa Mohan belongs to that elite body of musicians which traces its origin to the Moughal emperor Akbar’s court musician Tansen.

Vishwa Mohan Bhatt has attracted international attention by his successful indianisation of the western Hawaiian guitar with his perfect assimilation of sitar, sarod & veena techniques, by giving it a evolutionary design & shape and by adding 14 more strings helping him to establish the instrument MOHAN VEENA to unbelievable heights. With blinding speed and faultless legato, Bhatt is undoubtedly one of the most expressive, versatile and greatest slide players in the world.

Subhen Chatterjee is an accomplished Indian percussionist and tabla maestro. Chatterjee began his training on the tabla in his childhood, studying with Swapan Choudhury. His album Artistry recorded live in Kansas City was nominated for a Grammy Award in 2002.