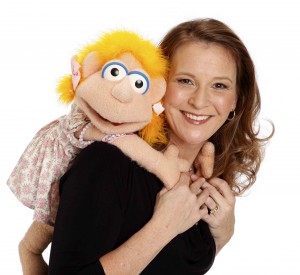 Have you ever had a childhood hobby that got out of hand?

That explains Lynn Trefzger’s start as a ventriloquist/comedienne. For over 30 years, Lynn has given life to a trunk full of comical characters. She has performed for audiences worldwide in corporations, colleges, theatres, and cruise ships.

Audiences are treated to Lynn’s vocal illusion talents, when they may meet a drunken and lovable camel, a grumpy old man, a feisty little girl, and may even see some other audience members who are brought up for the action!

Lynn’s off-the-wall audience interplay is riotously funny, no two shows are alike! Her performances are tailored for both family and adult audiences.

Lynn has received many awards and nominations throughout her career including The American Comedy Awards, Variety Entertainer of the Year, and Comedy Entertainer of the Year by National Association of Campus Activities. She has been nominated for Best Female Performer by Corporate America Magazine, and has been named Funniest Female by Campus Activities Magazine. In 2010, Lynn received the “People’s Choice Award” by the Ohio Arts Presenters Association.

She is a premier entertainer for Disney Cruise Lines, as well as Crystal and Norwegian Cruise Lines. She is also a favorite among many Celebrity Golf Classic Invitationals and the Atlantis Resort and Casino in Nassau, Bahamas. Lynn (and her many voices) has appeared on ABC, TNN, A&E, and Lifetime. She is featured in a recently released comedy/documentary about the art of ventriloquism with Jay Johnson and Jeff Dunham called “I’m No Dummy” by NBC Universal.

When she is not performing for audiences, Lynn is the managing director for her own family of 5 children and one very patient husband!

(Some material may not be suitable for younger audiences.)