Basil Rodriguez and South of the Border perform the music of Herb Alpert and the Tijuana Brass. 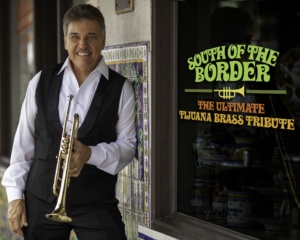 About Basil Rodriguez & South of the Border

In 1964 at the age of nine,  Basil Rodriguez began playing the trumpet. At the same time, 28-year-old Herb Alpert was a rising star in the music industry with the hit single “The Lonely Bull.”

By 1966, Basil was playing along with the Tijuana Brass records his parents were listening to and went on to have a successful career as a professional trumpet player and arranger. Basil played in show clubs throughout the United States in the 1970s, backing up numerous recording artists, and had a 38-year run as Assistant Music Director and staff musician at Busch Gardens in Tampa, FL. 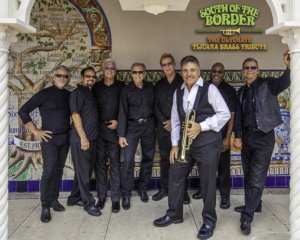 Basil has come full circle to his first influence: The Music of Herb Alpert and the Tijuana Brass. Basil has meticulously recreated the arrangements that were recorded by the band in the 60s and added some other memorable hits from artists of the A&M label. Just as Herb did in the 60s, Basil has put together a band of eight seasoned musicians to form The Ultimate Tijuana Brass Tribute.

South of The Border:

This show is sold out.