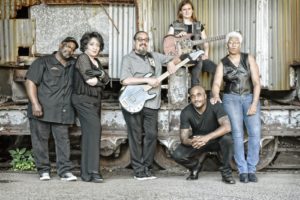 is recognized as one of the absolute best bassists in western New York state, and was awarded the coveted best blues album award in neighboring country Canada in 2018. Robert says, “We’re not really a blues band, but we play the hell out of the blues.” Parker is an internationally recognized performer who was inducted into the Buffalo, New York Music Hall of Fame in 2015, being the first Indigenous inductee since the inception of the hall in 1983. Robert finds himself in good company alongside other inductees that include; The Goo Goo Dolls, Three Dog Night, Rick James, 10,000 Maniacs, Spyro Gyra, Ani DiFranco and many more. 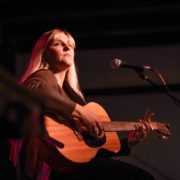 Sarah Parker is recognized by her peers, as an exceptional independent recording artist whose musical stylings are influenced by multiple genres that include; country, rock, gospel and folk. From her birthplace on the southern tip of the swampy bayou in the Everglades & Florida Keys, across America to the finger lakes region of upstate New York and onward to Buffalo where she resides alongside the world-famous “Falls of Niagara,” Parker is rolling down the musical highway on a mission that exudes universal love, for all that is.  LISTEN