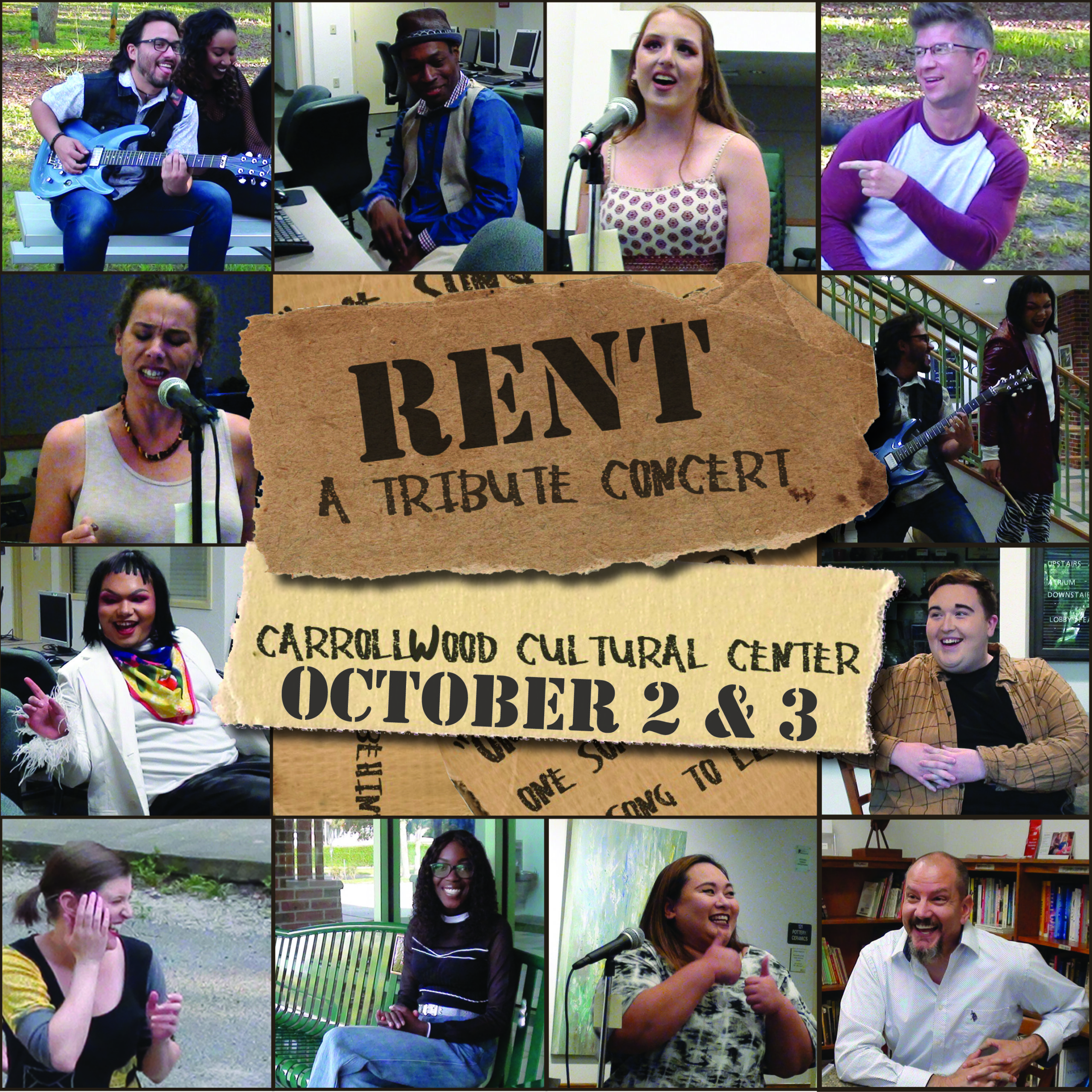 Several months ago, the team at the Carrollwood Cultural Center decided to create a one-night-only musical tribute to the Tony award-winning rock musical RENT by Jonathan Larson. The show was cast with some of MAS Theatre’s most talented vocal performers and the production was on its way for what was meant to be a fundraising event for the Center.

Then the world stopped.

The Center’s creative team was forced to rework the show several times.  With every new COVID-19 update and subsequent social recommendation came another new concept for the show. Indoors, outdoors, smaller audiences, change of venue, live, recorded, fewer performers, creative blocking — all of it was considered during a time when things would change again and again.

What was filmed is more than a tribute to a single musical.

RENT: A Tribute Concert incorporates one-on-one interviews with the cast and crew who describe what it has been like to suddenly stop performing due to the pandemic.  Scared. Frustrated. Lost. Working through each new obstacle with grace and professionalism, it was their desire to perform that helped keep this production going.

We hope you enjoy the show.

(This performance is for mature audiences.)