A comedy show that might make some grown-ups blush. Enjoy an evening with a few comedians who prefer to burn the envelope rather than push it. A perfect show for George Carlin fans. With headliner Steven Lolli, featured comedian Aniria and emcee Michael Murillo with a special appearance by Devin Alexander.

Steven Lolli began earning his underground status as the only white, Jewish comedian in black comedy clubs in south LA in early 2002. Lolli, who found it impossible to tolerate Hollywood’s comedy clubs, ventured to a different side of town and became an irregular act in front of an unlikely audience gaining him cult status in LA when he was eventually chosen as a creative collaborator by Katt Williams (2007). The collaboration with Williams led Lolli to be featured as himself in” Katt Williams: 9 Lives” (2010) with Williams calling Lolli “Too funny for his own good”.

In May of 2013, Lolli was asked to headline an awards benefit honoring Lily Tomlin, Jane Lynch and the President of HBO. He roasted the comedy business saying “American comedy… it was over as soon as Eddie Murphy became the five farting fat people”. The performance garnered the attention of author Mark London Williams who described Lolli as “The keen eye of Lenny Bruce with Charles Bukowski’s raunchy appetite…” He has since been listed by Shareranks.com among the 50 greatest Stand-Up Comedians of all-time.

2014 saw him write and co-direct his first film “Yoga Ho” which he also appears in. When he is not writing and directing, Lolli is busy headlining the “High Class Poverty” comedy tour at Performing Arts Centers and Colleges nationwide last year and will return this year with a slew of the Bay’s best local comedians opening up for him.

In 2016, Lolli became a regular at the world famous Icehouse Comedy Club in Los Angeles. 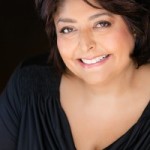 As the daughter of a Salvadorian Dad and a Puerto Rican Mom pursuing PhD’s in Gainesville, Florida, Aniria learned culture shock at a very young age. The cultural differences between her own parents coupled with Southern Florida culture add to her witty observations. She knew at age 14 that she wanted to make people laugh when she took a drama class to break out of her shell.

Terrified daily of going to class, she eventually had to take the stage for an improvisation exercise. Having no idea what to do, all she could think of was talking like her Puerto Rican mom. After wiping tears of laughter, the class gave her a standing ovation and she knew that she wanted to make people laugh.

It wasn’t until later that she actually pursued her dream of doing stand-up. Now she is a divorced woman who juggles dating with raising kids. Aniria’s comedy expresses the “in your face” truths about cultural differences, the South, dating, kids, sex and how men and women relate.

She produces and tours with an all girl stand-up comedy troupe called The Funny Diva Show and she just won Best Screenplay at the St. Pete Comedy Film Festival for her short film 1-800-Call-A-Cougar.

Aniria encourages all women to express themselves freely. “I’m only talking about what most women think but are sometimes afraid to say.” 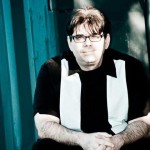 Opening the show is Michael Murillo, an award-winning journalist whose stand-up comedy has brought him to clubs, theaters and cultural centers, where he’s worked with comedians such as Jake Johanssen and Amy Schumer. Murillo’s sarcastic, self-deprecating style highlights his Jewish and Spanish backgrounds. 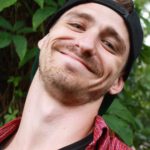 “Hello all, I’m a stand up comedian from the Tampa Bay Area. I do my best to focus on A LOT of sarcasm, word play and real life observations from my personal experiences. I truly believe laughter is the healing to sorrow so since Barak Obama is out of the office this will be a great time to need some laughter. I’ve had the pleasure to share the stage with acts such as : Ian Edwards, Esther Ku, Sheeba Mason, Bob Dibouno, Jon Laster and many others. If you’re ready to escape the horrors of reality then I’ll bust your guts like Mexican food. I’ll make your lungs feel like they just went to the gym and you’re guaranteed a strong abdomen after witnessing my act.” – Devin