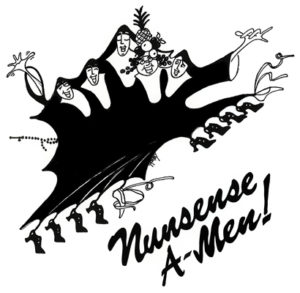 NUNSENSE A-MEN! is basically the original Nunsense show with all of the characters being portrayed by male musical comedy performers. Think of it as “Mrs. Doubtfire enters the Convent.” Done totally seriously, this show is, to quote a critic, “no drag.” First performed in Brazil as “Novicas Rebeldes,” this version of Nunsense premiered in New York in 1998. Receiving rave reviews and standing ovations subsequent productions have boasted such stars as “Laugh-In’s” Arte Johnson as Mother Superior and Olympic Champion, Greg Louganis as Sister Robert Anne. A whole new layer of comedy surfaces with lines like “The guys in the old neighborhood still can’t believe I became a nun!” To quote the New York Times: “A change of habit, boy oh, boy!”(Visit the official Nunsense website at www.nunsense.com.)

(NUNSENSE A-MEN is being presented through a special arrangement with Samuel French, Inc.) 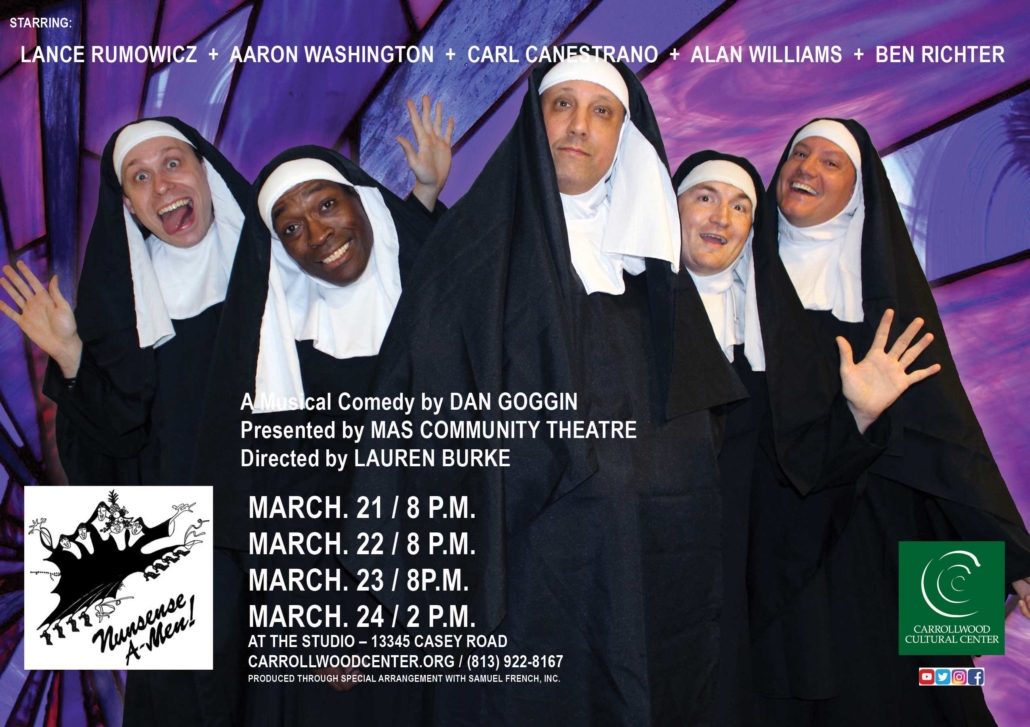