MUSIC REBORN is an educational project focusing on the research, performance, and preservation of music suppressed by the Nazis during the first of the 20th Century. This includes both Jewish and non-Jewish composers from across Europe, many of whom were conservatory-trained and internationally acclaimed prior to the reign of the Third Reich. Their music encompasses a wide variety of musical styles and genres. It is a common misconception that music related in any way to the Holocaust is morbid or melancholy, when in fact, the opposite is often the case. Despite their attempt to thwart creativity and artistic freedom, the Nazis were unsuccessful at eliminating music as a means of self-expression. They did, however, destroy countless manuscripts and altered or ended the careers of composers, teachers and performers. Some composers fled for their lives, but many were murdered and persecuted. Much of the music that survived remains unpublished, or has fallen into obscurity. The musical world is beginning to realize how much of 20th Century repertoire was lost, and ultimately, never came to be.

Music Reborn is dedicated to the goal of revisiting a lost generation of composers by preserving and playing their works. We remember and honor the composers, while reinforcing the intrinsic value or their music, and are reminded of how the human spirit survives through the most difficult of times.

The Carrollwood Cultural Center is teaming up with corporate member, Time for Wine, to offer a pre-show wine tasting package with this event. The package price includes admission for one to the wine tasting and one ticket to the performance. For ages 21 and older. 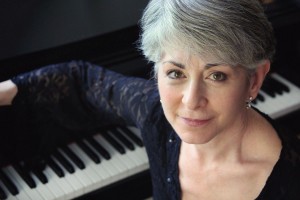 A native of Tampa, began her piano studies at the age of three. She holds degrees in Music from the University of Tampa and the University of Colorado, Boulder. In April 2007, Nancy traveled to Prague to meet with Professor David Bloch, founder of the Terezin Memorial Music Project. Her own project, Music Reborn, whose purpose is to rediscover and preserve the music of this lost generation of early twentieth century European composers has been researched, authored, and performed by Ms. Rubenstein to acclaim and success in Florida and Pennsylvania since 2003.

Music critics, audiences and fellow musicians have recently been calling Ivan Zenaty one of the most important European violinist. 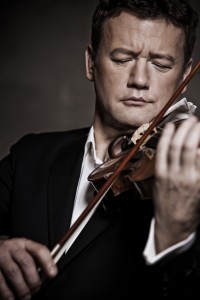 Zenaty is appearing repeatedly as a guest artist with famed ensembles internationally as the BBC Symphony Orchestra of London, Symphonieorchester des Bayerischen Rundfunks, Berliner Sympphoniker, Orchestra Nacional de Madrid as well as with all of the orchestras in his home land, in prior with the Czech Philharmonic Orchestra, the Prague Symphony Orchestra and the Prague Radio Symphony Orchestra. What mostly attract the attention are his solo and chamber music projects (the complete Bach Sonatas and Partitas for violin solo or Beethoven and Brahms Sonatas from recent seasons). Zenaty reaches abroad public without abandoning the world of classical music for even a moment. Besides the technical perfection everyone would expect, he is also appreciated for his taste and style and for his captivating beautiful tone.The violinist began his professional career with his participation in the finale of the Tchaikovsky Competition in Moscow, followed by his debut with the Czech Philharmonic and Libor Pesek and his first price at the Prague Spring Competition. He earned the title of laureate at the UNESCO International Rostrum of Young Performers (1989). in 1990 Zenaty made his debut in London, in 1991 at the Berliner Philharmonie and the Concertgebouw in Amsterdam, in 1994 in Tokyoand in 1996 in New York and Buenos   Aires. He has collaborated with Yehudi Menuhin, Yo-Yo Ma, Serge Baudo, Valery Gergiev, Andrey Boreyko, Neville Marriner and many others.The musicianship of Zenaty has been influenced the most by his personal encounters with Nathan Milstein, Ruggiero Ricci and Andre Gertler, and a major change to his musical thinking was initiated by Prof. Bezrodny at the Tchaikovsky Conservatory inMoscow. What he valuate at most, however, have been his private lessons with Josef Suk and many subsequent years of their collaboration, climaxing with performances at the Würzburger Mozart-Festspiele and the Prague Spring Festival and with a recording of the complete works of  W. A. Mozart.Zenaty’s recordings have always aroused the enthusiastic acclaim of listeners and music critics. Throughout the period of is artistic activity, there has been an apparent concentration on the complete works of such great composers as Telemann, Bach, Mendelssohn, Schumann, Schulhoff, Dvorak and Grieg recorded for Dorian Recordings in New York. His new complete Dvorak recording (www.audite.de) has attracted extraordinary attention, as well as has his recording of both violin concertos by J. B. Foerster with the BBC SO London and its music director Jiri Belohlavek

Thanks to the Harmony Foundation of New York, Zenaty plays on a rare Giuseppe Guarneri del Gesu violin made in 1740. 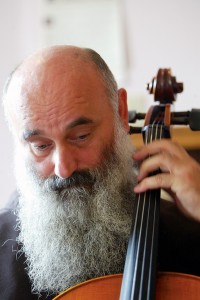 Father Vit was born and raised in Czechoslovakia.  He studied at the Prague Conservatory with Pravoslav Sadlo and Stanislav Apolin, both renown European cellists.  During the summers, Vit attended music camps in Bayroit, Germany and Evian,France.  He was first cellist in the Symphony Orchestra AUS of Prague for three years before moving to Brno, the capital of Moravia.  He toured Eastern and Western Europe with the award-winning Janacek Opera of Brno and Chamber Players of Brno, and played with the Symphony Orchestra and Radio Orchestras of Brno.  Vit founded the cello quartet, ‘Rag Q’, which recorded for Czech TV and Radio, and wrote many of the musical arrangements for this group.In 1985, Vit escaped from communistCzechoslovakia, relocated toAustria, and then toCanada, where he continued study with Eugene Kash at the Toronto Royal Conservatory of Music.  He performed as a soloist with local orchestras, and played in many chamber music ensembles and was an organist and choir master in a Catholic church.In 1990 Vit joined the Franciscan Friars. After two years of formation he studied theology.  After completing his theological studies he became a director of the Shrine of Our Lady of Comforter of the Afflicted inYoungstown,Ohio.  Part of his present ministry is to give concerts which benefit Franciscan missions inNew YorkandCentral America.