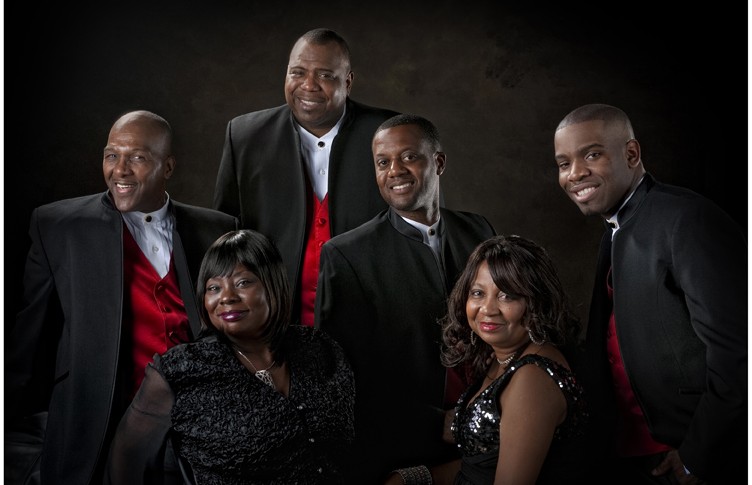 Celebrating the Music of Motown and Beyond!

Get ready to relive the hits of Motown and beyond, as this exciting, high energy group unleashes superior vocal and slick dance moves powered by pure soul! The Sounds of Soul have been delighting audiences across the nation since 1996. The group is composed of six seasoned performers who have excelled as outstanding singers, dancers and songwriters. Each member has shared the national recording spotlight driven by the power of Capital Records, Big Apple Records, and R7S Records to name but a few.

The show is a combination of Motown classics mixed with some of the greatest songs of all time. Get ready to soak in the hits of The Temptations, The Four Tops, Aretha Franklin, Whitney Houston, The Supremes, Lionel Richie, Tina Turner, Barry White and more. The Sounds of Soul are known for their recognizable choreography, distinct harmonies, and flashy, up-scale stage persona.

The Sounds of Soul have performed at a myriad of select venues from Los Angeles to the French Quarter and have done featured concerts at the American Airlines Arena in Miami, The Sun Dome in Tampa Bay, and the beautiful Registry Hotel in the heart of California. The group is a regular attraction on cruise ships and took Cozumel by sotrm during a “Motown Excursion” sponsored by CBS Radio. The group has appeared on the internationally syndicated show “Dance Connection,” which was seen in more than 100 television markets. They have shared the stage with The O’Jays, Bobby Brown, and funny man Sinbad. Currently, the Sounds of Soul call the Tampa Bay Area home and engage in an exhausting performance schedule that has them averaging more than 450 shows a year. The Sounds of Soul are a “must see” for audiences of all ages!