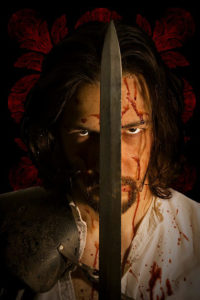 Alexander trained under a number of local choreographers before joining Art of Combat under the leadership of Maestro Jared Kirby, Professor John Lennox and Kyle Rowling after a performance intensive in Sydney, Australia. Alexander is currently the co-owner of METROCON and directs and choreographs a number of stage performances there including a live fire-breathing and fire-spinning show in the style of Cirque or other story-driven circus performances. A member of the Association for Historical Fencing, he has been training as a classical fencer for around ten years and studying 16th-century German longsword along with other Historical European Martial Arts (HEMA) traditions ranging from the Medieval to the Colonial periods and their application both competitively and for stage and screen since 2013. Recently, he founded Black Flag HEMA, a Tampa club dedicated to the revival of the rich variety of historically accurate European sword styles and a satellite of the HEMA Association.

Alexander is attending the University of Central Florida’s distance learning program towards a degree in Anthropology with a focus on Archaeology and currently lives in Tampa, FL with his wife Heidi and daughter Lily. He also happens to be surrounded by a hard working, incredibly supportive pool of cast and crew that he frequently works with as a choreographer, producer, and/or director, and is extremely thankful for it (and them).