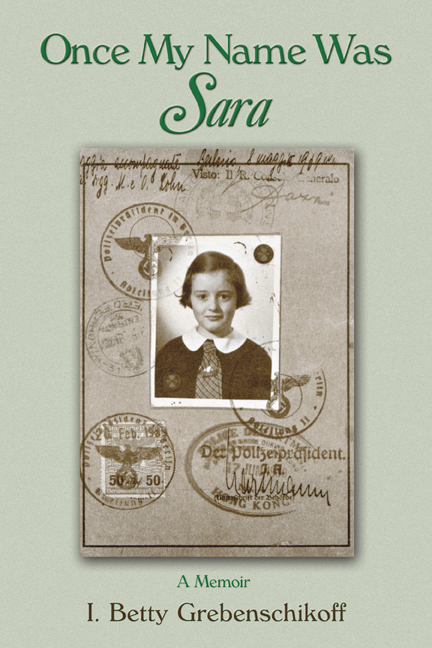 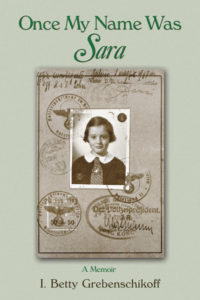 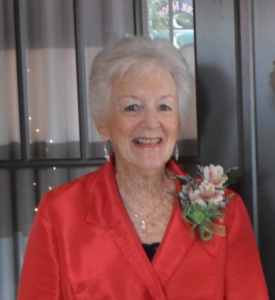 Betty Grebenschikoff (née Kohn) is a Holocaust survivor. When her peaceful childhood in Berlin, Germany, was shattered by Nazi violence against Jews, the family was forced to flee to China in 1939. They were just one step ahead of the Gestapo. Shanghai was the only open port at that time that admitted European Jews without visas or passports. It became a place of refuge for about 20,000 refugees.

Grebenschikoff grew up in Shanghai where the family tried to make a living under difficult circumstances. During World War II the Jewish refugees were interned by Japanese authorities in a segregated area of Shanghai, also known as the Shanghai Ghetto. Life became even harder than before.

In 1950 political events in China made yet another escape necessary, this time to Australia. Grebenschikoff finally realized her dream of emigrating to America in 1953.

Betty Grebenschikoff lectures extensively to museums, organizations, schools and colleges. Her memoir “ONCE MY NAME WAS SARA” is for sale directly from the publisher, Original Seven Publishing Company. It has also been translated into Chinese and is for sale at the Shanghai Jewish Refugee Museum in Shanghai.

She is featured in two documentary films: SHANGHAI GHETTO, which premiered in 2002, and the recently released SURVIVAL IN SHANGHAI.

RSVPs are required for this event. At this time, this event is filled to capacity.