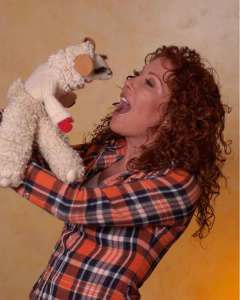 Now Shari’s daughter, Mallory, along with her mother’s famous sock puppet are carrying on the tradition — entertaining audiences of toddlers and seniors alike.

Lamb Chop After Dark is a G-rated show for adults who grew up with Shari and Lamb Chop. The nostalgic performance is filled with contemporary music, topical comedy and hilarious audience participation — never failing to rekindle, in hundreds of thousands of adults, cherished memories of their previously forgotten childhood.

(This project is sponsored in part by the Department of State, Division of Cultural Affairs, the Florida Council of Arts and Culture and the State of Florida. Section 286.25, Florida Statutes)