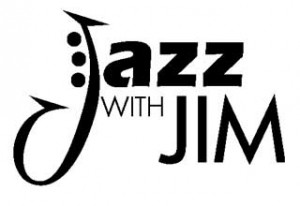 Jazz with Jim is a monthly concert hosted by Jim Burge and The Jazz Directions. The concert is best known for fusing personal stories by the musicians with popular jazz tunes suited for that month’s theme.

Bobby grew up in Newark, New Jersey where he was very active with both jazz groups and commercial bands. He spent his military career in Munich, Germany playing in the Army Band. Back in Jersey, he joined up with Frankie Valli and The Four Seasons who were putting together a larger band. Bobby spent several years traveling the country with them. Later, he moved to San Diego where he played with jazz groups, theatre groups, and raised a family during the 70s.
Bobby later moved to Tampa and joined the entertainment department at Busch Gardens. For almost 17 years, he played in many of the shows at the theme park.
In 1993, Bobby toured Japan with the Xavier Cugat Orchestra. He has also performed in the Florida Orchestra Pop Series, several local community theatre groups, and worked with the Tommy Dorsey Orchestra.

Group rates are available for groups of 10 or more. Email [email protected] to make arrangements for group tickets.