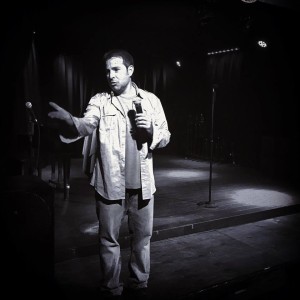 Steven Lolli began earning his underground status as the only white, Jewish comedian in black comedy clubs in south LA in early 2002. Lolli, who found it impossible to tolerate Hollywood’s comedy clubs, ventured to a different side of town and became an irregular act in front of an unlikely audience gaining him cult status in LA when he was eventually chosen as a creative collaborator by Katt Williams (2007). The collaboration with Williams led Lolli to be featured as himself in” Katt Williams: 9 Lives” (2010) with Williams calling Lolli “Too funny for his own good”.
In May of 2013, Lolli was asked to headline an awards benefit honoring Lily Tomlin, Jane Lynch and the President of HBO. He roasted the comedy business saying “American comedy… it was over as soon as Eddie Murphy became the five farting fat people”. The performance garnered the attention of author Mark London Williams who described Lolli as “The keen eye of Lenny Bruce with Charles Bukowski’s raunchy appetite…” He has since been listed by Shareranks.com among the 50 greatest Stand-Up Comedians of all-time.
2014 saw him write and co-direct his first film “Yoga Ho” which he also appears in. When he is not writing and directing, Lolli is busy headlining the “High Class Poverty” comedy tour at Performing Arts Centers and Colleges nationwide last year and will return this year with a slew of the Bay’s best local comedians opening up for him.
Steven Lolli’s bold and unapologetic comedy will appeal to fans of Louis CK, George Carlin and Chris Rock. (Includes adult themes and language.) 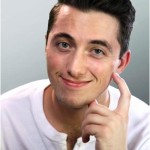 Tyler is a young Tampa Bay Area comedian. After acquiring a thoroughly useless bachelor’s degree and $25,000 in student debt, he found himself listless in a boring job, looking forward to a life of boredom. So he decided to pursue stand up comedy as an outlet for his frustrations with the world. Yes his story is cliche but, he maintains, that is America’s fault, not his. Tyler’s influences include George Carlin, Bill Hicks, Louis CK, Chris Rock and Dave Chappelle. 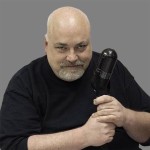 Originally from Benton Harbor, Michigan (where a devastated local economy was in style way before everybody else in America thought it was cool) Tampa’s Clark Brooks has been doing stand-up comedy since January of 2015, mostly because no one has yet thrown anything large or pointy enough to deter him from doing so. Coming to the scene after establishing himself as a writer with numerous published pieces, including the book “A Ridiculously Inconsistent Treasury”, a best-of collection from his successful blog, “A Ridiculously Inconsistent Trickle of Consciousness” (deemed a success because it’s been around longer than six months… over nine years, actually… and has been nominated for awards and stuff), Clark decided that being just a writer wasn’t nearly self-indulgently neurotic for him. Clark’s humor comes from being alternately entertained and annoyed by the antics of his fellow human beings and our insistence on being our own worst enemies.

Clark has worked with national touring comedians like Tony Gaud, Lou Angelwolf, JB Ball, Forrest Shaw and Nick Griffin. He has appeared on the main stages at Side Splitters and the Tampa Improv.

He is a regular cast member of the Spike On The Mic Show and can be found around the Tampa Bay area performing for anyone willing to pay attention to him, violently resisting anything that might be considered “fashion” and enjoys writing about himself in the third person like he’s some kind of big shot.

Tiffany Barbee is a sweet and quirky retired pageant kid turned national touring stand-up comedian, 5th degree black belt, Bible student, actress and model. Tiffany loves dinosaurs, Star Trek, and saying “true words” (Gets away with it because she is cute). Tiffany is a co-host of an award winning comedy podcast on iTunes called “The Double Special Show”, and she has been heard as a featured comedian giving weekly love advice on Sirius Radio.