Our summer installment of the popular Girls Night Out Comedy Show series will feature the hilarious trio of Rene’ Brey, Robin Savage and Amanda Jordan. This all-girl line-up will keeping you laughing  — and wining — all night long! (Psst…boys are allowed, too!)

Rene’s diverse comedy career allows her to relate to any audience with grace and ease. She has appeared on Geraldo, Montel Williams, Jenny Jones, Rolando, and ABC’s 20/20. She has opened for recording artists Little Texas, Billy Ray Cyrus, Steppenwolf, KC and the Sunshine Band, The Redhot Chili Peppers, and REO Speedwagon, Air Supply, Barry White and Taylor Dane.    She emcees for The Chippendale Dancers and the Suncoast Calendar Men. She has headlined over 500 comedy clubs in the US, Canada, and Caribbean Islands and was the first comedian to perform at Guantanamo Bay Cuba. CLICK HERE for René blog. 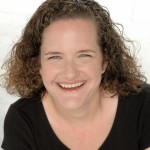 Robin is a regular contributor on “The News Remixed” on Fox 35 in Orlando and Fox 13 in Tampa. She also produced a Segment, “Lunch Laughs”on WTMY 1280 AM.  Shewon the Best Actress Award for the 2014 St. Pete Comedy Film Festival for a comedy-short that she co-wrote.  She most recently published a book of essays and short stories called, “Stand Up and Be a Lady.” READ MORE

Winner of Creative Loafing‘s Best Up-And-Coming Comedian! It hasn’t taken long for Jordan to make her way from open mics to guest spots and hosting duties at comedy venues. Some of her material is adult-oriented, but she presents it with plenty of wit and a wide smile. That allows her to cover a wide range of topics without really offending anybody. And if you are easily offended, too bad. Jordan will have the crowd on her side, and she’s more likable than you are. (source: cltampa.com)