Our annual Girls Night Out will feature an all-female line-up of hilarious women who will keep you roaring in-between sips of chardonnay. This year, we are pleased to welcome headliner Helen Keaney (pictured) in her Center debut, along with our good friend Trish Keating. Also making her Center debut is Aniria, your evening’s emcee.

Helen Keaney began her career in New York City where she honed her comedy skills at The Boston Comedy Club and The Comic Strip. She caught the attention of television executives, landing a job co-hosting “Short Attention Span Theater” on Comedy Central.

On the second day of a vacation to Los Angeles she met Michael Davies (“Who Wants to be a Millionaire”), who cast her and Mark Steines (“Entertainment Tonight”) as co-hosts of “The Big Day,” based on the British show “The Big Breakfast.” The talent executives at Disney promptly gave her lots of money for a sitcom holding deal, which forced her to sit home and do nothing for a year. After being paroled, Helen landed guest spots on NBC’s “The John Larroquette Show,” HBO’s “Not Necessarily the News” with Dennis Miller, and USA’s “Lost on Earth.” READ MORE 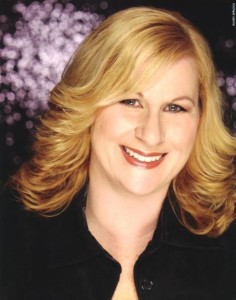 Trish’s style of comedy is one part social satire, two parts personal pain and most parts attitude! After serving eight years of hard time in Catholic school, Trish eventually made parole and saw the need to share her quick wit and sarcasm with the world!

Following in the footsteps of her comedy idols; Paula Poundstone, Joan Rivers and Diane Ford, Trish likes to rev up her own brand of minted sarcasm onstage regularly across the country.

Trish began her comedy career performing daily at Universal Studios, then onto Chicago to workshop with the legendary Uta Hagen. Trish soon studied improv with Del Close at Second City, and continued to hone her skills on teams at The Annoyance and The Improv Olympic under Peter Gwinn and Charna Halpern as well as at The Playground with Joe Bill and Mick Napier.  READ MORE 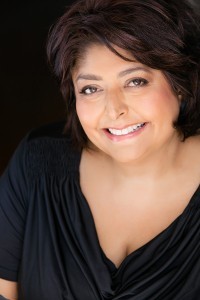 As the daughter of a Salvadorian Dad and a Puerto Rican Mom pursuing PhD’s in Gainesville, Florida, Aniria learned culture shock at a very young age. The cultural differences between her own parents coupled with Southern Florida culture add to her witty observations. She knew at age 14 that she wanted to make people laugh when she took a drama class to break out of her shell.

Terrified daily of going to class, she eventually had to take the stage for an improvisation exercise. Having no idea what to do, all she could think of was talking like her Puerto Rican mom. After wiping tears of laughter, the class gave her a standing ovation and she knew that she wanted to make people laugh.

It wasn’t until later that she actually pursued her dream of doing stand-up. Now she is a divorced woman who juggles dating with raising kids. Aniria’s comedy expresses the “in your face” truths about cultural differences, the South, dating, kids, sex and how men and women relate.

(This project is sponsored in part by the Department of State, Division of Cultural Affairs, the Florida Council of Arts and Culture and the State of Florida. Section 286.25, Florida Statutes)