The Lecture Series at Carrollwood Cultural Center is a new program that will offer informative, educational and entertaining lectures for the community.

This lecture is sponsored by Rex Henderson of Edward Jones, and the Carrollwood Village HOAs. 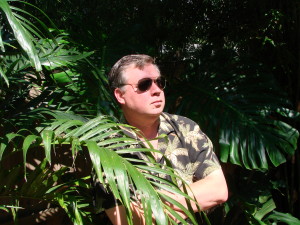 Tim Dorsey was born in Indiana, moved to Florida at the age of 1, and grew up in Riviera Beach in Palm Beach County. He graduated from Auburn University in 1983 with a B.S. in Transportation. While at Auburn, he was editor of the student newspaper, The Plainsman.

From 1983 to 1987, he was a police and courts reporter for The Alabama Journal, the now-defunct evening newspaper in Montgomery. He joined The Tampa Tribune in 1987 as a general assignment reporter. He also worked as a political reporter in the Tribune‘s Tallahassee bureau and a copy desk editor. From 1994 to 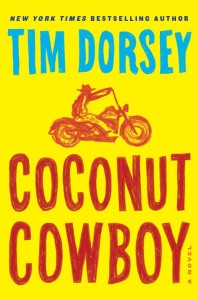 What the critics have said:

“Some of the most wacky villains and situations since Hiaasen stuck a plastic alligator down a stranger’s throat and called it Tourist Season.” – Chicago Tribune

“Vulgar, violent and gaudier than sunsets on the Keys, Dorsey’s roadshow is some fun.” – New York Times

“There ought to be a law: If it’s summer, we get a new Tim Dorsey novel.” – Miami Herald

“Fans of the fast-read, you have met your match. As for the rest of you, just don’t wonder why everyone else is laughing.” – The Tampa Tribune